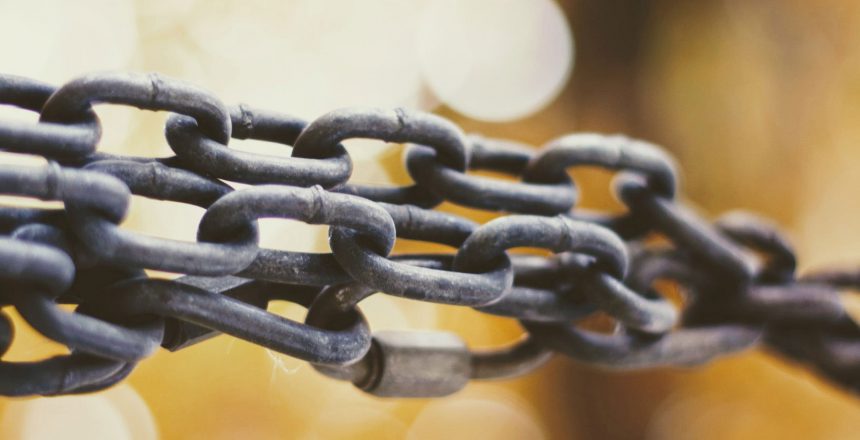 Join us for the second half of our article on Blockchain for IoT. If this is all new to you, fret not part one is just a click away.

Why Does IoT care?

Let’s talk about why this matters and in context to IoT, rather than the nebulous world of crypto-currency trading. Increasingly, IoT is being used for mission critical infrastructure, personal health monitoring, public voting systems, asset tracking and emergency response by monitoring, informing and controlling systems with impact in the physical world. It is clear that any breach in the trustworthiness of the data stored or transferred through these systems is of great concern and has potentially grave consequences.

On a less scary end of the spectrum, IoT is also being used to increase service and efficiency, so having reliable and auditable data can be vital towards business-related efforts to optimize a supply chain or industrial process. Blockchain technology can provide a consistent method to allow for trust and traceability over IoT networks and can better enable the sharing of resources over associated groups and interests.

As IoT becomes a requirement in certain industries, rather than “a nice to have”, expectations and regulations (e.g. GDPR) to rigorously secure and monitor IoT network data seems likely to increase. In almost all cases, there is a person, business, or entity that is laying claim to the legal ownership or guardianship of the data. Adding this element of ownership identity really opens up Pandora’s box and makes blockchain’s capabilities particularly interesting.

The Impact of Identity Management.

Increasingly, the concepts around blockchain involve discourse on the “identity management” of people, businesses, devices and property. For blockchain and IoT to gain value over conventional methods, one must factor in the identity and property management requirements with which our smart contracts, properties, resources and cryptocurrencies interact.

Using this vision as a roadmap, IoT will necessitate systems that not only protect and track IoT telemetry, application and control data but also uniformly interface with property and identity management records and authentication systems. Blockchain technology is a feasible solution to this conundrum, where its inherent immutability shows considerable value. One of the leading efforts to standardize identity management is underway and is called the ERC-725 Ethereum Identity Standard.

A final important area to touch upon is the idea of a sharing economy for IoT. Blockchain has really accelerated this term and concept, but what does IoT have to do with a sharing economy? If we abstract this out a bit, we can see that IoT has resources such as network bandwidth which must be carefully balanced to ensure a minimum Quality of Service (QoS) for all connected devices. In this case, bandwidth is the shared resource.

Other examples of shared resources include: system time, data storage, file stores, gateway sockets, processing, and others. Blockchain can be leveraged to facilitate allocations or allowances of shared resources. When interacting with 3rd parties, they may be capable of sharing or even charging a fee for your IoT network resources or telemetry data. Blockchain with smart contracts offers a method by which to share, trade or sell these resources dynamically, securely and with speed.

A Use Case – Safety Inspections.

To get a more concrete idea of how this all fits together, let’s examine a short use case. Your business requires an annual inspection by a professionally trained and certified inspector to certify that the factory is safe and compliant. The inspector is hired to officially “file” or lodge records of inspection dates, warnings or citations attached your business. The records must be authentic, transparent, and auditable and ideally should be immutable so as to prevent fraud.

The inspector may be required to attach proof of their own identity and professional certification as well. Logic placed within the smart contract used for the job will test that the certification is valid and the person performing the inspection matches the certification. The data, which is decentralized, can also be accessed by 3rd-party auditors whenever or wherever they like.

Let’s take this a step further. The calibrated tools and standards that the inspector claims to use during the inspection should be noted in the record and checked as currently valid. Those objects should also have their own identity record on the blockchain to support their claim of accuracy and authenticity.

Certainly, some of this data can be stored on a local network or even a private or permissioned fork of a brand-name blockchain [3]. However, in many cases, such as serving professional licenses from one party and certified NIST standards from another, a publicly distributed, decentralized database would allow for auditable information to be used from almost anywhere in the world. In theory, blockchain technology allows this heterogeneous and diverse mix of information to securely live on a blockchain and to be safely used dynamically as needed. What’s even better is that the smart contracts themselves provide the conditional logic to attach and release identities, records, access and legally binding promises. You can see how this workflow can be used in numerous applications from equipment calibration and maintenance to financial auditing. The insurance companies alone will have a field day!

If you are wondering what additional IoT application areas might get folded into the mix, here are a few others:

Problems with Blockchain and IoT

The reality is that it is not all blue sky and clear sailing. There are still many considerable issues being worked on to make blockchain a simple and viable solution both in the general sense, as well as within the context of IoT. Let’s cover a few of those hurdles.

For one, blockchain is not a low latency protocol and currently is criticized for its slow rate of transactions per second. This presents issues towards implementing large and scalable networks of IoT devices requiring high data rates with blockchain technology. This might even be a legitimate “show-stopper” for IoT systems that require real-time monitoring and control, where a slow data rate is truly problematic.

There are also power and processing requirements associated with adding data to a blockchain. Resource-constrained IoT systems will certainly hit a wall here as well. Blockchain has so far proven to be a very power-hungry beast, which is a frequent sticking point for high scale, distributed IoT networks.

Another area of concern includes interoperability with legacy systems, 3rd-party data sources and even gaining access to data on other blockchains. Implementing a blockchain for IoT is still far from trivial and practices are barely standardized; thus there is a high barrier to entry. For most users, the technology is still just too young to bet the farm on. [4]

Massive data sets are pretty standard in IoT networks and the use of a blockchain as a database is not well suited, latency-issues aside. For example, its distributed nature is not compatible with SQL-type databases. [5] That said, there are a variety of projects working to provide noSQL or other adjunct database solutions for blockchain.

Projects like IOTA have come along with new IoT-specialized blockchains or blockchain-like technologies to tackle many of these issues. Considering that the world volume of IoT devices is expected to exceed 70 billion devices by 2025, it seems likely that these issues will get more attention and research. [6]

One can see that the topic is dense and that we could only provide the fundamentals around blockchain technology and its application to IoT. Clearly, there is massive potential, excitement, and hype around the technology, and for good reason. While there are some really interesting projects working to bring IoT/blockchain frameworks to the forefront, it is currently too early to say what will take off and if the promises of blockchain and decentralization will come to fruition.

We’d love to hear what projects you are following, considering or implementing as well as your feeling about blockchain for IoT.

2 thoughts on “Blockchain for IoT”