Vulnerable Designs and Implementations with MQTT and CoAP M2M Protocols 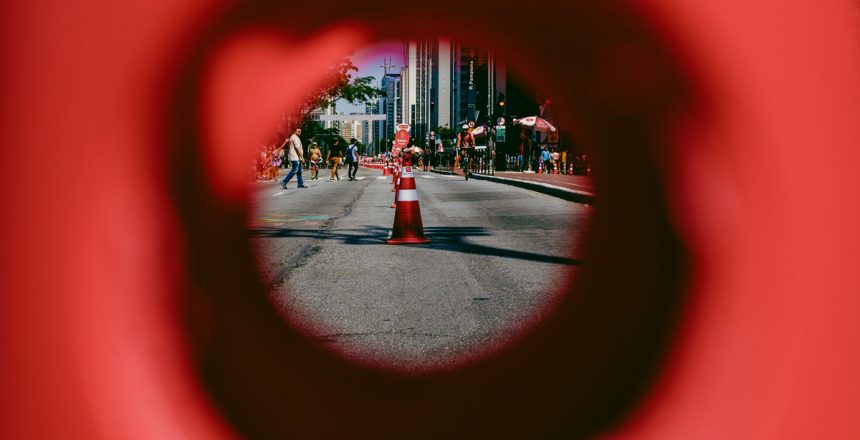 Since their humble origins in industrial automation, machine to machine (M2M) protocols have served as the common tongue used by machines to communicate with each other over networks and the internet. This allows, for example, the conveyance of telemetry data from sensors and commands to actuators, and therefore plays a critical role in today’s IoT.

The importance of security with regard to data being transmitted over the internet is well documented, and has unfortunately been demonstrated time and time again with numerous high profile breaches and hacks. This same importance can be applied to data that is transmitted with M2M protocols, regardless of the infrastructure used to transmit the data. A December 2018 TrendMicro Research paper, “The Fragility of Industrial IoT’s Data BackBone: Security and Privacy Issues in MQTT and CoAP Protocols,” put the issue of M2M security vulnerabilities into clear focus. Due to its important yet lengthy content, we felt that in this article we’d sum up the paper’s key themes and suggestions.

Message Queuing Telemetry Transport (MQTT) and Constrained Application Protocol (CoAP) are two of the leading M2M protocols. Both are very easy to use, adaptable and lightweight protocols suitable for effectively connecting a large array of devices over the internet. They are designed for constrained resource use cases (e.g. low power, high latency, limited bandwidth). IHS Markit, Inc. forecasts that the IoT market will grow from an installed base of 15.4 billion devices in 2015, to 30.7 billion devices in 2020, and 75.4 billion in 2025! [1] That doesn’t even include PCs or mobile phones. It is also expected that a large percentage of these IoT devices will use MQTT or CoAP.

Just like any platform or protocol growing in mass popularity, vulnerabilities are discovered, oftentimes by malevolent actors, and abused. It’s a rapidly evolving space which makes it  easy for even the most conscientious design teams and institutions to be outpaced in their understanding and management of M2M protocol patches, 3rd party library bugs, vulnerabilities and implementation flaws. Therefore, it should be no surprise that IoT devices using these popular M2M protocols are increasingly juicy attack surfaces for black-hat hackers and criminals today, and will be for years to come.

If you want to learn more on using MQTT, check out our prior article, “MQTT: The Go-To Protocol for Distributed IoT and Tutorial”. We’ll work on getting an article out on CoAP soon. Later in this article, we’ll go through a brief technical background for each of the protocols as well.

There are entire infrastructures and sectors that are common targets of M2M related cyber-threats; potentially putting individuals, businesses, communities, cities and even nations at risk. Manufacturing, defense, aviation, marine, aerospace, healthcare, public administration, energy, building automation, transportation, and agriculture are a few of the sectors that have been vulnerable to some degree. [2]

According to TrendMicro Research, “MQTT and CoAP are found in a variety of IoT and IIoT products (and services), from control and analytics dashboards to the connectivity data plane, all the way down to the firmware running on the field sensors or protocol gateways.” They thereby present a very broad attack surface over the IoT architecture for M2M related vulnerabilities. To make matters worse, M2M 3rd Party library and protocol updates can make keeping up with changes a very challenging feat.

That sounds pretty scary, right? Well, this article isn’t trying to scare you away from using these great protocols, rather, we hope to encourage awareness and safer usage.

It’s important to understand the methods and types of attacks when working with these protocols to prevent and mitigate potential data leaks and hacks. Here are the general areas identified in by TrendMicro, which in some cases, work in tandem with or overlap one another.

TrendMicro separates M2M applications into four broad groups to better depict how threats may unfold. All top level bullets are quoted from the paper: [2]

In a nutshell, TrendMicro Research  recommends the following at a high-level (top level bullets are quoted directly from the report):

And as always, train colleagues, co-workers and employees on safe practices to avoid phishing or social engineered attack. Also, implement strong password policies, utilize end-to-end data encryption and multi-factor authentication whenever practicable, perform checks, tests and audits during development and for deployments. Know what unsecured data, if any, is broadcast over the internet and keep up to date! Finally, consider professional cybersecurity consulting services or pro tools to perform more in depth penetration testing. See the tools and resources list below.

More Detail on the Vulnerabilities

TrendMicro’s recent research and evidence that shows MQTT brokers handing out sensitive data to any curious soul or attacker. Experts have been able to identify threats associated with both the underlying protocols and developer implementation patterns. So it’s good to be aware of both angles. Here’s a list of some of these more detailed vulnerabilities:

We thought we’d add this section as an additional resource to begin your own testing. If you don’t have the capability to hire a professional here are some ways to get started with securing your M2M and IoT networks:

To better understand the risks, vulnerabilities, and threats, it pays to get a better understanding of the protocols and how they work. The details of which are deep and worth reading up on.

MQTT, Message Queuing Telemetry Transport, is a very simple and lightweight messaging protocol. It was developed for devices with constrained resources to communicate with optimal performance over less than optimal networks that might be suffering from  low-bandwidth, high-latency or that are just plain unreliable. [5] It sits on top of TCP and utilizes a publish/subscribe model with subscribing “clients” and data “brokers” playing middleman. [5] The model works like a newswire distribution service, where a “broker” like AP or Reuters allows reporters to “publish” reports to their wire service. Meanwhile, while listening newsrooms that have “subscribed” to that wire are able to receive news feeds through the broker.

According to the MQTT FAQ, the protocol’s “design principles are to minimize network bandwidth and device resource requirements, whilst also attempting to ensure reliability and some degree of assurance of delivery.” It also states that these principles make the protocol ideal for the latest generation of M2M systems, IoT, and “mobile applications where bandwidth and battery power are at a premium”. It is a fairly mature protocol that has been around since 1999, and is still evolving to better meet the needs for security, low power and latency. MQTT works via TCP/IP over port 1883 with IANA while TCP/IP port 8883 is registered for using MQTT over SSL. [6]

Here’s a post and tutorial of ours on MQTT for IoT. Also check out www.mqtt.org and OASIS, the organization leading the charge on the latest protocol updates for MQTT.

Constrained Application Protocol (CoAP) is a younger and yet-to-be-officially-standardized “proto-protocol”, if you will. According to the official website, it is “designed for machine-to-machine (M2M) applications such as smart energy and building automation”. [7]  From Wikipedia, “CoAP is also being used via other mechanisms, such as SMS on mobile communication networks”. [8]

It is designed for power or network constrained devices over the internet or network, but utilizes User Datagram Protocol (UDP) rather than TCP. [9]  According to the Eclipse Foundation, “CoAP packets are much smaller than HTTP TCP flows. Bitfields and mappings from strings to integers are used extensively to save space. Packets are simple to generate and can be parsed in place without consuming extra RAM in constrained devices.” [5] There is no mechanism to support QoS to ensure packets were received.

CoAP follows a client/server model and is interoperable with HTTP and a RESTful API and software design paradigm.[5] Because it’s based on UDP, CoAP does not require the client to keep a connection open to a server, which is considered a benefit in many use cases.

According to TrendMicro Research, “a client can send one CoAP packet to a server. Each request has a few options, with the most important one being the Uniform Resource Identifier (URI), which indicates the “path” to the requested resource — much like Uniform Resource Locators (URLs) for websites. Note that a node could be both server and client at the same time, implementing a point-to-point, full-duplex data layer.”
[2]

TrendMicro provides an excellent comparison of the two protocols in their paper:

“CoAP is much more lightweight than MQTT, in terms of both operational requirements (i.e., no broker setup is needed) and memory and network overhead (i.e., UDP does not require keeping a connection open, and messages are much smaller in size). Thus, it meets the requirements of low-power IoT nodes: It minimizes the transmission cost and does not impose an always-on connection.

For its part, MQTT is thus preferred over CoAP for mission-critical M2M: It allows the enforcement of quality of service and ensures message delivery. On the other hand, CoAP is preferred over MQTT in gathering telemetry data transmitted from transient, low-power nodes like tiny field sensors. An extreme application use case for CoAP is satellite communication: The European Space Agency’s Advanced Research in Telecommunications Systems (ARTES) program has recently kick-started a research project on M2M communication in satellite networks (where latency can be very high), and CoAP is unsurprisingly listed among the chosen protocols.” [2]